Test your knowledge and learn a bit of French along the way!

AND download my free French crêpes recipe! I’ve got it from my grandma’s!
Now you have the perfect excuse to make crepes tonight 🙂

1. Nowadays, « la Chandeleur » is mostly known for being Crepes Day !

2. Because they are round and golden, crepes symbolise the sun. Around “la chandeleur” time, days are getting longer and warmer (in the Northern hemisphere!).

3. Traditionally, we try to flip the crepes in the pan by throwing them in the air, holding the pan in the right hand and a coin (a gold coin if possible) in the left hand. If the crepe lands properly in the pan, it means that the year ahead will bring prosperity. No money worry!

4. The special shallow pan to make crepes in is called “une crêpière” in French. Not to be mixed with “crêperie”, which is the name of the restaurant where you eat crepes 😉 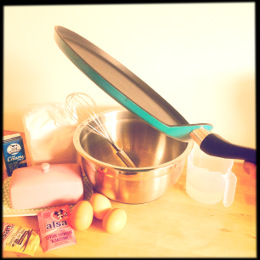 6. Originally, it is a mix of a pagan and religious celebration day.

7. It’s a pagan celebration of the bear (‘ours”) welcoming the warmer days as the bear comes out of hibernating – late January / early February.

8. For a long time, « La Chandeleur »  was called “Chandelours” in mountaineous ares (the Alps, the Pyrenees). “Chandelours” is a sandwich word blending “Chandeleur” and “ours” (“bear”).

9. It is a Christian celebration commemorating the Presentation of the Christ at the Temple and the purification of his mother, Mary. 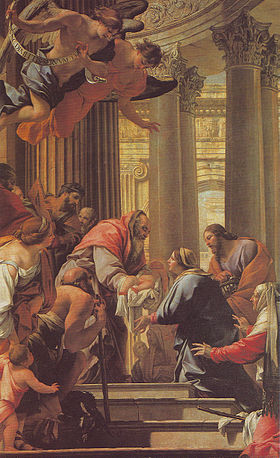 10. February/”Février” comes from the Latin verb “februare”, which means “to purify” (hence the Purification of Mary was set in February)

13. On “Chandeleur” day, all the candles around the house should be lit up.

14. There are many sayings / proverbs around « la Chandeleur ». As often, these sayings are predictions based on the weather (something which was extremely important when life depended on good crops and weather). Sayings usually rhyme.

So, are you going to make crepes today? What is your favourite flavour?
I have to say that I recently tasted a heavenly crepe by PopUp Crepes with lime and coconut, yummm! (Listen to French Voices Podcast, Episode 10: you’ll learn more about the owner and about crepes 😉 )

This interview is taking you to Ardèche, that (so) beautiful part of France where I used to spend the summer holidays as a child. Meet André Rouy aka « Dédé l’Ardéchois » and discover the history of the train network in Ardèche – the only French département which doesn’t operate any more trains. Dédé and… END_OF_DOCUMENT_TOKEN_TO_BE_REPLACED

By popular demand, I have recorded a series of episodes to help you learn or recognise common French slang expressions. As you may know, the French you learn in the classroom and the French you hear in the street or in the movies can sometimes sound quite different! In this episode we’ll go through some… END_OF_DOCUMENT_TOKEN_TO_BE_REPLACED