How to count in French from 70 is often tricky for French learners. Craig wrote to me :

“To me it seemed more like calculation when trying to learn these numbers as their literal translation is more like a maths equation. 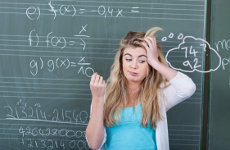 If you have grown up learning French, it probably doesn’t seem strange, but the numbers 70 to 100 have never felt natural to me in French.”

Dear reader and student of French, rejoice! I believe I can help you count from 70 to 100 in French easily! 😉

Part 1: A Bit of History

Why French numbers go weird between 70 and 100.

Nowadays, we count using the decimal system (base 10).
That means that we count up to 9 and the tenth number is starting a new “set”:

Until the 17th century, French numerals were following a “logical”, decimal pattern:

Note : “septante” and “nonante” are still used mainly in Belgium and in Switzerland (as well as in Congo, Rwanda and some places in the East and South of France). Switzerland also uses “huitante” (occasionally “octante”) for “quatre-vingts” (80).

In the 17th century l’Académie Française (the French institution that fixes the norms and the rules of the French language) started to reject “septante”, “octante” and “nonante”. The Académie Française is known for being quite conservative so this change can be surprising and remains unexplained although it is probably to inject/reintroduce a bit of historical heritage in our fascinating French language.

In the Middle Ages, France (which was then called French Gaule – “la Gaule”) was not using the decimal system but the vigesimal system / the score system – probably introduced by the Celts or the Normans.

A score is a group of twenty.

So, in the Middle Ages we would say:

Note: The spelling of « vingt » was actually different but it’s not what matters here.

(Simply count how many scores/how many times twenty you have and then add the rest. That can seem like quite a bit of maths, but it’s actually not complicated : it’s only a different system of reference!)

As a “souvenir”/heritage of that long-gone time, French language has reintroduced “quatre-vingts” for 80 and “quatre-vingt-dix” for 90. As for 70, “soixante-dix”, I like to think of it as a “transitional number”, “a hybrid” that is a mix of the decimal and the score systems!

How to easily count in French from 70 ?

Now that you know the “why”, let’s see the “how” to count from 70 because it will prevent you from making the following mistakes :

The simplest rule /tip I have for you is to remember the following two sentences, and you will never get it wrong again:

Let’s take the above examples again:

Notice that we have only been counting up to…99 ! (quatre-vingt-dix-neuf)

I promised to help you count up to a hundred, so here is the last number:

Note: in French, we use a dot to break the thousands, the millions, etc. Not a comma! (See the example above.). We use a comma for the decimal place…which is the exact opposite of how English works!

Did you get these answers ?

I hope these tips have been useful to you!

Please use the share buttons without moderation (at the top of this article) if you liked this article! Mille mercis! 🙂

By popular demand, I’ll record some episodes to help you learn or recognise common French slang expressions. As you may know, the French you learn in the classroom and the French you hear in the street or in the movies can sometimes sound quite different ! If you enjoyed this episode, you may also find… END_OF_DOCUMENT_TOKEN_TO_BE_REPLACED