France is in turmoil right now because a new President will be elected soon: today is the first round of the French presidential election. Their outcome will have a great impact not only on the country, but also on Europe and the world (which doesn’t need another Trump).
This French presidential election is certainly no news to you; however it is a good opportunity to (re)discover the French voting process and enrich your vocabulary.

1.The French President is elected for 5 years. This 5-year term is called “le quinquennat“.

2.  Before the year 2000, the French President was elected for a seven-year term in office. This was called “le septennat” (as in “sept”/7).

3.  The French President is elected “à la majorité absolue” (= absolute majority). This means that he needs to have over 50% of the votes. Because that never happens in the first round of voting (= le premier tour), the two candidates who got the “majorité relative” (= plurality; majority of less than half) compete in a second round of voting (= le second tour).
Note: If you need a brush up about the difference between “deuxième” and “second”, click here.

4. French presidential elections are always run on a Sunday from 8am to 7pm (and until 8pm in big cities).

5. The second round is held 2 weeks after the first round. 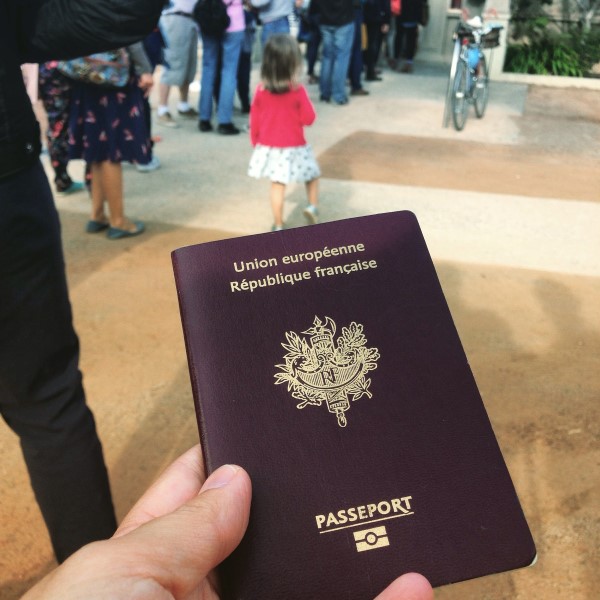 7. “Les votes blancs” (= blank votes, blank ballot papers) are not taken into account in France. This is stupid in my opinion because a lot of people not going to vote at all. Indeed, if voting blank and not going to vote are the same, why even bother?

8. French citizens vote “à bulletin secret” (= vote by secret ballot) by slipping the ballot paper of the candidate of their choice in an envelope but any alteration to it (tear, writing, etc.) makes it “nul” (= void).

9. “Les bulletins de vote” (= ballot papers) are piled on a table. To ensure confidentiality of the vote, the voter must choose at least two ballots but many voters take a ballot for each candidate. This year, there are 11 candidates to the French presidential election. 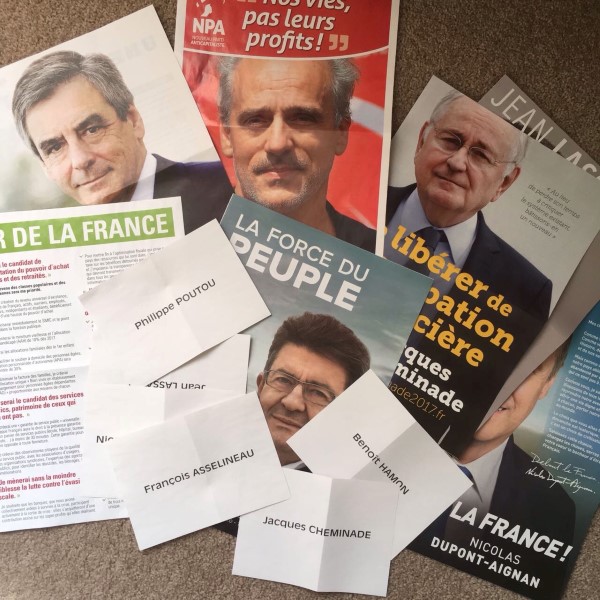 2017 French presidential election: some of the ballot papers and official programs

10. To ensure privacy when they vote, French people go one by one in “un isoloir” (= a voting booth, polling booth). The verb “s’isoler” means “to isolate oneself”.

11. The ballot box is called “une urne” (which is also the same word as for a funeral urn!). The box is transparent and its opening is operated with a handle by a supervisor for each vote to strictly control any attempt to cheat.

12. After an ID check, the voter signs “le registre de vote” (= record book) next to their name and then slips the envelope into the ballot box. The supervisor officially proclaims the vote by the traditional phrase “A voté!” (=“Has voted!”). This always fills me with pride 🙂 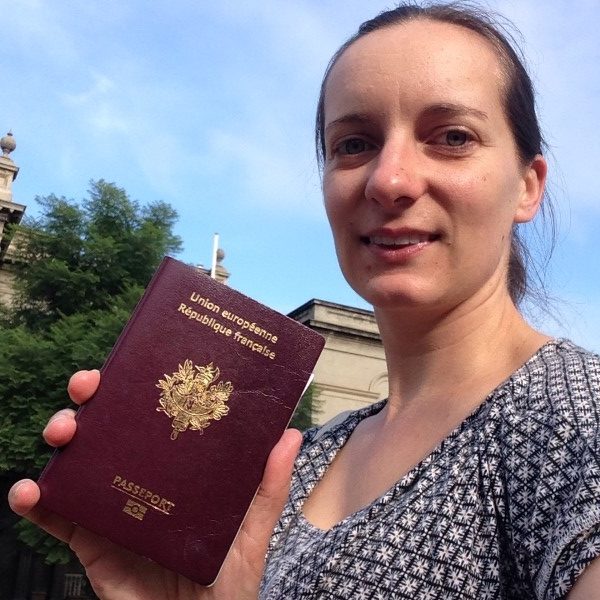 Have you been following the French presidential election this year ? Is voting compulsory in your country? It’s not the case (yet) in France, but there’s been a debate about this.

Natacha is a young Frenchwoman qui “a la patate” and a contagious passion for improvised play. She’s the founder, coach, and one of the improvisers / actresses of The French Loop, a theatre company based in Melbourne. (If you also live in the area and would love to practice your French and have a go,… END_OF_DOCUMENT_TOKEN_TO_BE_REPLACED

Here’s a question from Artur: “I wonder if the last letter “t” is pronounced in the phrase “Il part en chantant”, because of the liaison? Same question for “c’est une bonne idée.” I’ve heard some folks pronounce “t” and some not.” What do you think? How would you pronounce the above sentences? Give it a… END_OF_DOCUMENT_TOKEN_TO_BE_REPLACED