Wishing you all an amazing year ahead!! Or, how to say it in proper French ?

Traditionally, French people don’t say “Bonne année” before January 1st (superstition wise, it’s bad), but we have all of January –i.e until January 31st – to give our wishes/greetings, so there’s no rush. You can just say it to your friends the first time you meet them during that month. Otherwise you have one month to send them a card – or a SMS.

To save on stamps, cards can be sent for the joint occasion of Christmas and New Year.  Typical wishes encompassing both events will be:

As the year resets, it’s also time for “les bonnes résolutions” (good resolutions). Even if you plan to drop your resolutions from January 2nd, try to word what you’d like to achieve, stop doing or stick to…in French.

(note: don’t drop the above resolution tomorrow or anytime soon! 😉 )

If you would really like to set a specific goal for yourself in 2015, write it down in the comment section below (in French if you can!). That would be a form of commitment/our deal and next year I will invite you to check whether you’ve achieved it. 🙂 Tip: define realistic, measurable goals. 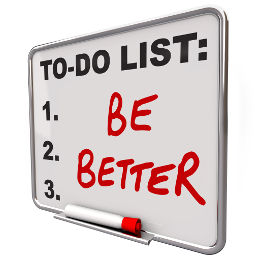 I have many resolutions and plans on my list, but I will share two of them with you today -and therefore, I will strive to:

If you have a sweet tooth and love French patisserie, I have a good excuse for you to treat yourself with one last delicious cake before going on your good resolution super-strict diet: draw the Kings like a real French person – make a “galette des rois”! Get the free recipe here ; making galette des rois is quick and easy – a real piece of cake! 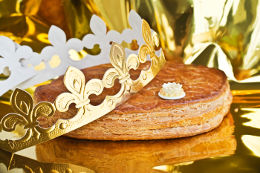 “La galette des Rois is a cake celebrating Epiphany, on January 6th but traditionally celebrated on the first Sunday in January (so this year it will be on Sunday 4th January). In modern France and Quebec, the cakes can be found in bakeries from around Christmas and during the month of January.

Two versions exist: in northern France and Quebec the cake (which can be either circular or rectangular) consists of flaky puff pastry layers with a dense center of frangipane. In the south of France, particularly in Occitania and Roussillon, the cake, called gâteau des rois or royaume, is a torus-shaped brioche with candied fruits, very similar to the Catalan tortell. This version of the cake originates in Provence and predates the northern version.

Tradition holds that the cake is “to draw the kings” to the Epiphany. A figurine, la fève, which can represent anything from a car to a cartoon character, is hidden in the cake and the person who finds the trinket in their slice becomes king for the day and will have to offer the next cake. Originally, la fève was a broad bean (“fève”=”broad bean”, literally), but it was replaced in 1870 by a variety of figurines out of porcelain or plastic. These figurines have become popular collectibles and can often be bought separately. Individual bakeries may offer a specialized line of fèves depicting diverse themes from great works of art to classic movie stars and popular cartoon characters.

A paper crown (“couronne”) is included with the cake to crown the “king” who finds the fève in their piece of cake.

To ensure a random distribution of the cake shares, it is traditional for the youngest person to place themselves under the table and name the recipient of the share which is indicated by the person in charge of the service.

The French President is not allowed to “draw the kings” on Epiphany because of the etiquette rules. Therefore, a traditional galette without figurine or crown is served at Elysée Palace in January.” (Adapted from Wikipedia)

Let me know if you try it, you can even send me a photo! Bon appétit…et bonne année!
Get Recipe

By popular demand, I’ll record some episodes to help you learn or recognise common French slang expressions. As you may know, the French you learn in the classroom and the French you hear in the street or in the movies can sometimes sound quite different ! If you enjoyed this episode, you may also find… END_OF_DOCUMENT_TOKEN_TO_BE_REPLACED