I received the following suggestion from Oska:

I would enjoy if you could also perhaps do a lesson or two in the future on other French diacritics and ligatures, e.g. the French cedilla, the diaeresis (or tréma), the ligature ‘œ’. As speakers and writers of a language which does not mostly possess such ‘baroque’ written adornments, I think Anglophones (= English speakers) find them quite fascinating. And perhaps a little bit of a barrier, which explication can help overcome.

Thanks Oska, these are very interesting questions! I will actually dedicate three articles to them:

I also love the expression “‘baroque’ written adornments”: it makes me see them with a new perspective 😉
Alright, so here’s all I know about the cedilla! 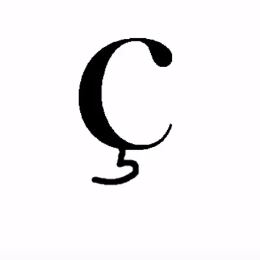 A bit of phonetics first!

How do you pronounce the letter C in the following examples?
CA, CO, CU, CE, CI, CY

I notice that students often get stuck here. Doubt creeps in and they actually have no clue! If that is your case, I suggest you think about words you know which contain these letters. Here, I’ve even chosen words that are similar in English and in French to help:

So ? If you’ve read correctly, you should have found the following rule:

Again, it’s the same rule in French as in English, so nothing new or extraordinary there. I’m just making you aware of it.

A matter of consistency

it would read [frãs], [frãkɛ] (click here to listen to me pronouncing these words), once with the letter “C” pronounced [s] and once pronunced [k]. We’d have an inconsistency in the pronunciation.

To keep the [s] sound in front of the letters A, O and U, we will add that little hook called French cedilla (cédille) under the letter C. We’ll therefore spell and pronounce:
“la France” [frãs], “le français” [frãsɛ]. (Click here to listen)

The cedilla in French conjugation

A French cedilla is needed for the « nous » form to keep the consistency and the [s] sound.

Words derived from the same family

As we’ve seen for “France/français” and “commencer/commençons”, some words will need a cedilla to continue looking and sounding like other words from the same family.
Example:
glacer, (to chill ; to freeze ; to candy, to sugarcoat)
une glace (an ice cream)
le glaçage (icing, frosting – on a cake)
un glaçon (an ice cube)

Other words with a French cedilla

Sometimes, it’s hard to know why a word is spelled with a French cedilla rather than simply with an S, especially when we can’t think of other words from the same family!
Example: “un hameçon” (a fish-hook).

In these cases, looking at the etymology of a word may help.
Example: “un garçon” (a boy)
I found that, along time ago, a feminine version of this noun, “une garce” was used to describe a girl/a woman.
Note 1: nowadays, the word “garce” is still used to describe a girl, but its meaning has evolved to a very pejorative connotation – “garce” now means “little devil”, or worse “b*tch”).
Note 2: in modern French, we have “un gars” for “a boy/a guy” (slang).

Now, learn everything you need to know about “le tréma” (diaeresis)!

This interview is taking you to Ardèche, that (so) beautiful part of France where I used to spend the summer holidays as a child. Meet André Rouy aka « Dédé l’Ardéchois » and discover the history of the train network in Ardèche – the only French département which doesn’t operate any more trains. Dédé and… END_OF_DOCUMENT_TOKEN_TO_BE_REPLACED

By popular demand, I have recorded a series of episodes to help you learn or recognise common French slang expressions. As you may know, the French you learn in the classroom and the French you hear in the street or in the movies can sometimes sound quite different! In this episode we’ll go through some… END_OF_DOCUMENT_TOKEN_TO_BE_REPLACED