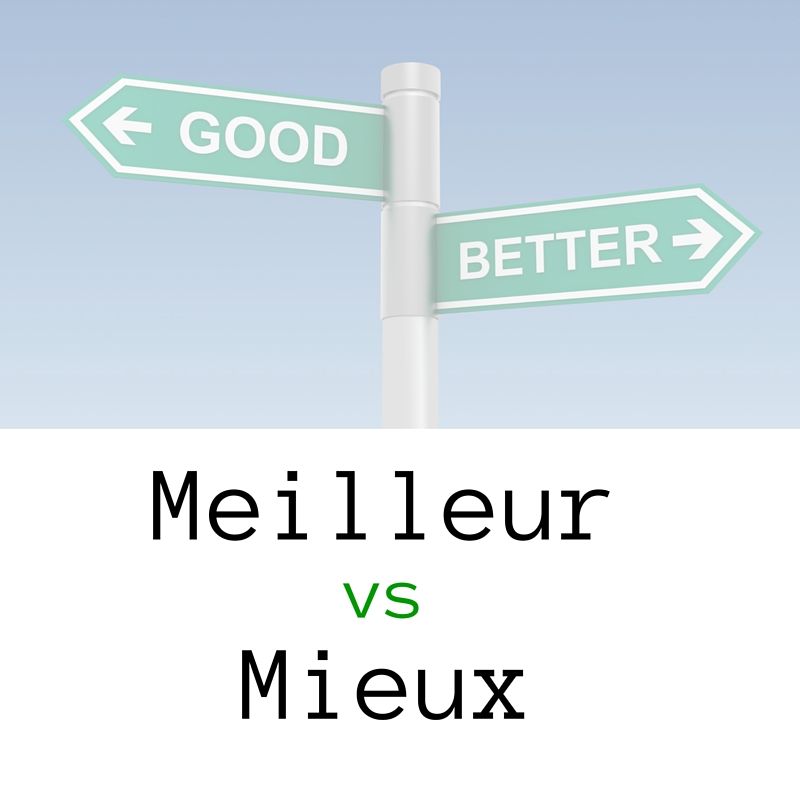 What’s the difference between meilleur and mieux ?

Indeed, meilleur and mieux are no other than irregular comparative forms of bon and bien.

Note:  comparatives are used to compare things (makes sense!), in terms of:

Let’s start with examples in English and have a look at the adjective good (bon) and the adverb well (bien):

We can notice that:

In French, the comparatives of superiority will also be irregular; we’ll have meilleur and mieux.

Because they are both translated by “better” in English, you’ll need to be able to identify whether you are using the adjective (bon/good) or the adverb (bien/well) in order to know which word to choose (between meilleur and mieux):

Test yourself with this free practice exercises about bon/bien, meilleur/mieux !
Get Worksheet

By popular demand, I’ll record some episodes to help you learn or recognise common French slang expressions. As you may know, the French you learn in the classroom and the French you hear in the street or in the movies can sometimes sound quite different ! If you enjoyed this episode, you may also find… END_OF_DOCUMENT_TOKEN_TO_BE_REPLACED